The LS C120D II boasts an incredible luminance of 135,000 lux at 0.5 meters away with the Aputure Fresnel. With an approximate brightness equivalent to a 1,000-watt tungsten light

The Aputure Light Storm 120d MkII is a complete re-design of the original C120D. We’ve taken all of your favourite features of the C120D and have jam packed it with upgrades, improvements and new features.

The LS C120D II boasts an incredible luminance of 135,000 lux at 0.5 meters away with the Aputure Fresnel. With an approximate brightness equivalent to a 1,000-watt tungsten light, the C120D II is nearly 25% brighter than the 1st generation C120D, making it competitive with some of the highest-grade studio lights on the market.

Quantity of light is important, but quality is even more important. The C120D II has gone through intense colour quality testing, using not only CRI ratings, but the industry standard Television Lighting Consistency Index (TLCI). In both tests, the C120D II scores CRI over 96 and TLCI over 97, guaranteeing you are receiving the highest colour quality possible.

DMX is the worldwide industry standard for film & television studios, theatre, broadcast, and all forms of digital networking systems. The C120D II comes with DMX capability, allowing studio creatives to maximise their range of uses for their lighting arsenal.

The original C120D was revolutionary for its compact size and high build quality. The C120D II now takes this a step further with a new round of upgrades.

The most notable of these upgrades is its power unit – the C120D II is now powered by a single, all-in-one power box. Made of aircraft-grade aluminium but maintaining its lightweight build, a single power unit means less cabling and power components so filmmakers spend less time setting up their light, and more time being creative.

Colour coded Neutrik cable systems allow for more flexibility in where your light can be placed, and advanced locking systems ensure maximum safety, no matter your set’s challenges and environment.

A re-designed yoke construction accommodates an expanded range of motion with over 330 degrees, letting you angle and point your light anywhere needed. An improved user-friendly handgrip design also allows for highly intuitive controls. 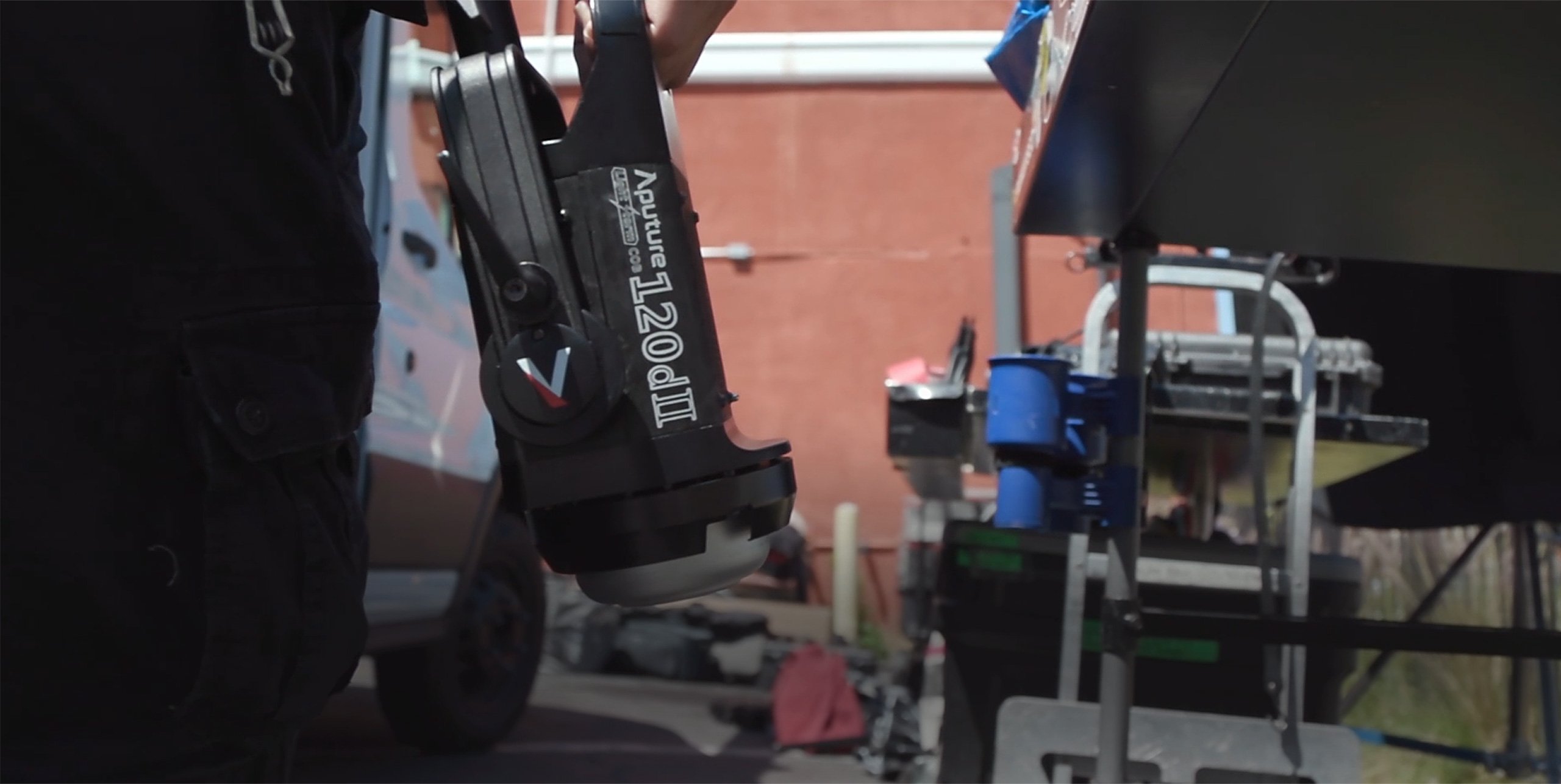 While the C120D II boasts an impressive studio grade build quality, it still weighs in at just over 2.2kg (4.85lbs) allowing filmmakers to easily take this light anywhere without having to worry about the transportation issues that frequently come with larger tungsten fixtures.

The Brightest or the Dimmest

The C120D II has taken the precision controls of the C120D and expands upon them even further, allowing for dimming seamlessly from 100% all the down to 1%, meaning the C120D II is capable of being both the brightest and dimmest light on your set.

While the original C120D came in at 6000K, the C120D II has a perfect 5500K daylight, allowing it to perfectly blend with other daylight-balanced lights in the Aputure ecosystem. 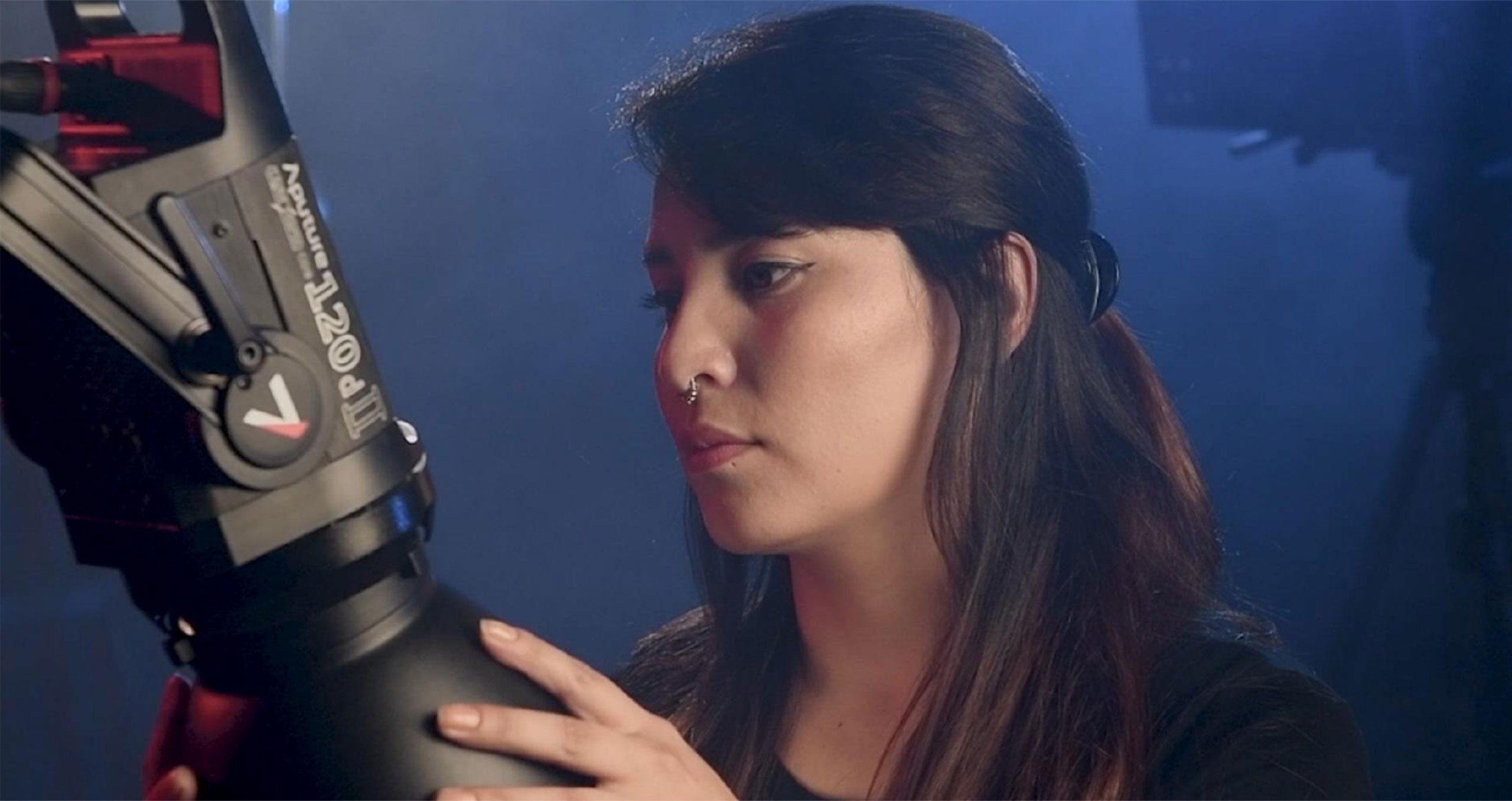 Everything You Love About the Original C120D, and More

While all of these incredible upgrades are worthy of note, the C120D II still has many of the same features as the 1st Generation C120D, including the universal Bowens mount, ultra-silent temperature control system, wireless remote, and the same crowd-favourite carrying bag.

What’s in the Bag? 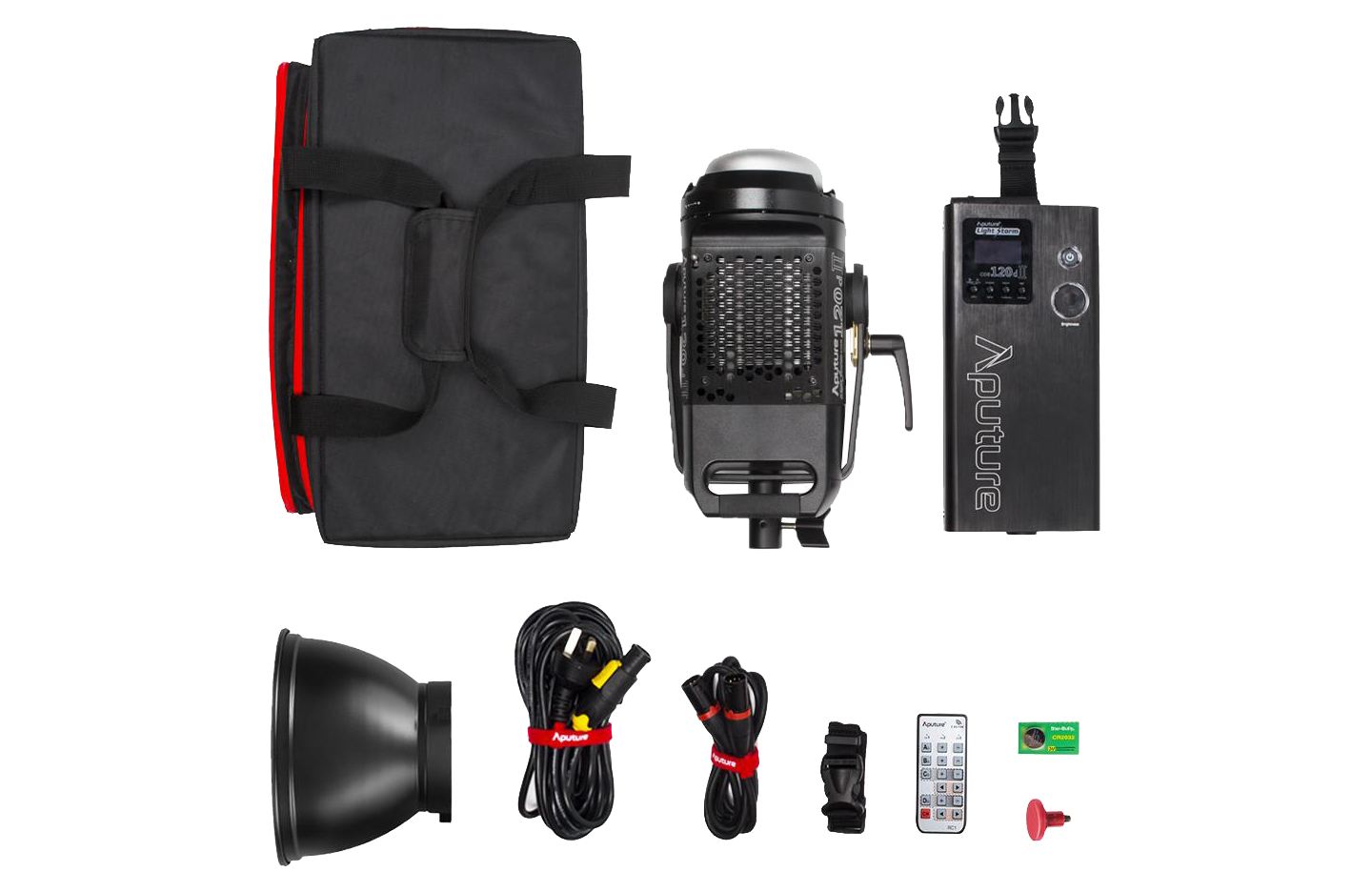