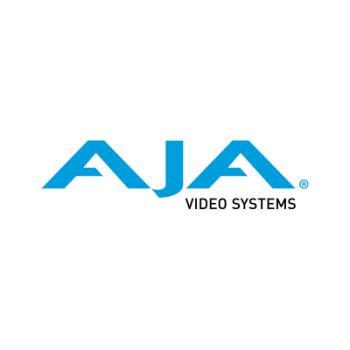 *CORRECTION: While the statement that the Mac Pro supports the PCIe powered version of Kona 5 is correct, the claim it does not support ATX power is incorrect. There are ATX power connectors on the new Mac Pro and cable kits are available to connect cards that require this power. For example, these from Belkin: https://www.apple.com/shop/product/HMUJ2ZM/A/belkin-aux-power-cable-kit-for-mac-pro

The AJA Kona 5 needs power. In traditional computers – and some Thunderbolt PCIe Expansion systems (eg. Sonnet Echo Express IIIe) – this power is supplied via an ATX connector at the back directly from the power supply. The new Mac Pro however can pump all the power required through the PCIe slots!

Further to this, the new Mac Pro ships with Catalina and as such, AJA have a shiny, new version of Desktop Video Software – v15.5. This release adds not just Catalina, but also Metal support, as well as expanded HDR and 8K capabilities!

Featuring DVI or HDMI to SDI region-of-interest scaling, scan conversion and image rotation in the openGear format. Each card is designed for use in openGear 2RU frames, and can be remotely configured and monitored over a PC or local network using DashBoard software.

FS in a Mini Converter

The FS-Mini is a new broadcast quality utility frame sync that packs the production-proven functionality and all of the reliability of AJA’s leading FS frame sync technology into a portable Mini-Converter. FS-Mini supports frame synchronisation and up, down, cross-conversion of untimed 3G-SDI, HD and SD video signals.

FS-Mini allows users to synchronise and convert a wide range of video formats to their house standard with a 3G-SDI input and output, HDMI output, and a two-channel RCA style audio output Mini-Converter. The device also features a reference input that can be used to lock a local reference and can be easily controlled via local DIP switches or USB and AJA’s Mini-Config application.

With KUMO 6464-12G, professionals can easily route and control video with embedded audio to/from BNC connections with auto reclocking of SDI rates. The KUMO routers can be configured for ganged dual and quad-port routing, so that users can easily combine multiple inputs and outputs for Dual Link, 4K, UltraHD and 8K workflows, enabling seamless routing of uncompressed, compressed, or Raw 4K signals throughout a facility.

Dolby Vision support is expected to soon be available for its Hi5-4K-Plus and Hi5-12G Mini-Converters via an upcoming firmware release. The update will make it easier for creative professionals to achieve their artistic visions by enabling the conversion of Dolby Vision encoded HDR content on SDI to be converted to HDMI for PQ HDR monitoring on affordable HDMI displays.

“Since its release, HDR Image Analyzer has powered HDR monitoring and analysis for a number of feature and episodic projects around the world. In listening to our customers and the industry, it became clear that a 12G version would streamline that work, so we developed the HDR Image Analyzer 12G which we’re proud to showcase at IBC this year,” shared Nick Rashby, President, AJA Video Systems.

The pursuit of High Dynamic Range (HDR) is the dream of getting closer to the Human Visual System (HVS) in all that we experience as viewers.

You may have missed the event, but if you are interested in understanding more about HDR and the tools available check out their comprehensive HDR Solutions Site, or speak to Broadcast Bruce.

Learn More About FS1-X with FRC

This version of KUMO firmware adds support and improvements for KUMO-12G routers and one key feature for all KUMO products. All users of KUMO products are encouraged to update to the latest firmware.

AJA Ki Pro GO is a Multi-Channel H.264 Recorder and Player offering up to 4-channels of simultaneous HD and SD recording to off the shelf USB drives

AJA Video Systems today announced new IPR-10G2-HDMI and IPR-10G2-SDI SMPTE ST 2110 video and audio receivers featuring new dual 10 GigE SFP+ cages that provide hitless switching for redundancy protection in critical distribution and monitoring applications and support for bridging UltraHD or HD signals over IP to HDMI or SDI. The IPR-10G2-HDMI and IPR-10G2-SDI support monitoring of SMPTE 2110 signals via HDMI (up to UHD p30) and 3G-SDI (up to HD p60) respectively. Both feature a reference-in via BNC for seamless integration into existing baseband environments such as master control, trucks or edit suites.

KONA HDMI is highly flexible PCIe capture card, designed for four simultaneous channels of HD capture, with popular streaming and switching applications including Telestream Wirecast and vMix. KONA HDMI uniquely also offers capture of one channel of UltraHD up to 60p over HDMI 2.0, via AJA Control Room software for file compatibility with most NLE and effects packages. It is also compatible with other popular third party solutions for live streaming, projection mapping and VR workflows. LEARN MORE

Io IP is a portable Thunderbolt 3 ingest and playback device for professional HD video and audio over IP, bridging 10 GigE to the most popular creative software applications. Io IP has all the portable benefits of the Io family line with two Thunderbolt 3 ports for flexibility. It works with AJA’s Control Room, Control Panel software and SDK tools, providing support for leading content creation applications, such as Adobe Premiere® Pro, Apple FCP X, Avid Media Composer®, FilmLight products and more. Designed as a flexible platform with support for SMPTE 2022-6 and 2022-7 uncompressed IP video and audio, and SMPTE 2110 to come soon, Io IP offers you the flexibility to keep current as the IP transition proceeds.  LEARN MORE

Easily monitor HD SMPTE ST 2110 signals via HDMI with IPR-10G-HDMI. Our new Mini-Converter receives ST 2110 over 10 GigE and formats the data for output on a full-size HDMI interface. Associated audio is extracted, synchronised and embedded into the HDMI interface and output on an analogue RCA interface. Learn More

Designed for use in compatible openGear 2RU frames including AJA’s OG-3 2RU frame, the new cards combine the reliability and functionality of AJA Mini-Converters with the high density openGear architecture. New DashBoard software support on Windows, macOS, and Linux provides convenient and industry standard configuration, monitoring and control options over a PC or local network.

NB: Due to the weakening Australian dollar, pricing is expected to rise across numerous product ranges on Monday 2nd March. Any orders placed prior will be honoured at the current price, regardless of the availability of stock. Dismiss